Today, I’m thrilled to welcome Indigo Skye to my blog.  Indigo is a writer and photographer living in the American Southwest. Her first novel, Her Captive Muse, was released by Noble Romance Publishers in January. Her work has been widely published online. Last fall, her short story “True Confession” was published in the anthology Uniform Behavior. A full list of her published works is available on her blog, Indigo Skye: Ink and Art- http://indigoskyeinkandart.blogspot.com. 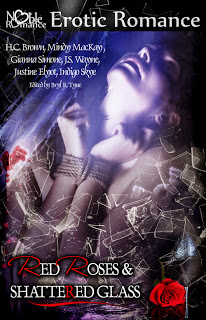 You can get your copy here:  https://www.nobleromance.com/ItemDisplay.aspx?i=260
Remember, we’re giving away some great prizes, so leave a comment for Indigo, or a question, or anything else!
You can meet up with Bianca Sommerland over at JS Wayne’s blog. Click the button to continue along the tour route!